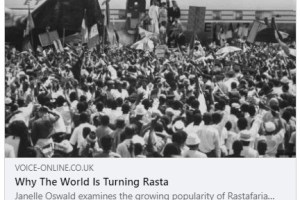 Why The World Is Turning Rasta

Subject News; Celebrity; Film Description ON APRIL 21, 1966, Haile Selassie visited Jamaica. The visit from the Ethiopian emperor caused more than 100,000 Rastafarians from all over Jamaica to flock to the Palisadoes Airport (now Norman Manley International Airport) in Kingston, having heard that the man whom they […]

Subject News; Articles; Business Description Portland Investment Counsel (PIC), an outfit chaired by investor Michael Lee-Chin, plans to acquire additional shareholding in Columbus Communications. Portland is buying a portion of the holdings of one of the partners in Columbus, the parent company for the regional Flow telecoms network. […]

Jarome Iginla’s home sells for $3.995M after 1 day on market

Subject News; Sports; Hockey Description CALGARY — The Calgary home of former Flames’ captain Jarome Iginla, listed for sale for nearly $4 million in the southwest Elboya neighbourhood, has sold for full list price after being on the real estate market for just one day. The listing by […] 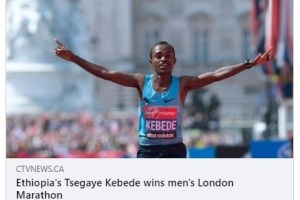 Subject News; Sports; Atlanta Description Tsegaye Kebede claimed a second London Marathon title on Sunday, cheered through the streets by thousands of spectators reassured by enhanced security at the first major race since the twin bombings at the Boston event. A race that started with a tribute to […] 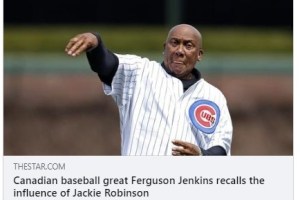 Subject News; Sports; Baseball Description When Ferguson Jenkins stepped off the plane in Little Rock, Ark., in 1963, about to begin his first minor-league season in the American south, the Chatham, Ont., native knew he wasn’t going to receive a king’s welcome. Jackie Robinson had broken Major League […]

Subject News; Articles; Business Description Jamaican-born Canadian investor and billionaire Michael Lee-Chin is leading an investment team in Guyana on the invitation of former president Bharrat Jagdeo to seek possible investment opportunities. “We are looking at Guyana to see how we can invest, bring capital, bring expertise, create […] 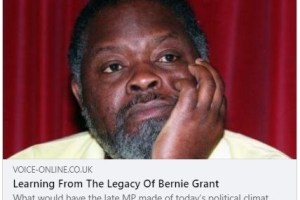 Learning From The Legacy Of Bernie Grant

Subject News; Articles; Politics Description TODAY IS the 13th anniversary of the death of the late Bernie Grant, MP for Tottenham between 1987 to 2000 and former leader of Haringey Council. In the 1980s and 1990s Bernie often spoke the truth, real feelings and passions on behalf of […]