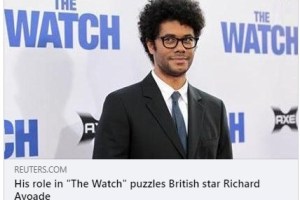 His role in “The Watch” puzzles British star Richard Ayoade

Subject News; Articles; Artists Description British TV star Richard Ayoade is fast becoming a Hollywood name, but even as he makes his major US movie debut alongside A-list comic actors Ben Stiller, Vince Vaughn and Jonah Hill in “The Watch,” he is still coming to grips with his […] 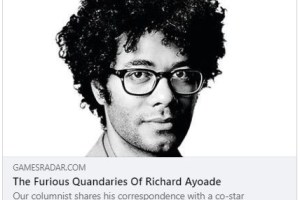 The Furious Quandaries Of Richard Ayoade

Subject Film Description My co-stars on Boom Goes The Neigborhood! have been beyond supportive of my fledgling flight in the apo-com-lyptic action genre, and many now know my name. From the start, one in particular has been marvellously vigilant in keeping the lines of communication with me open […] 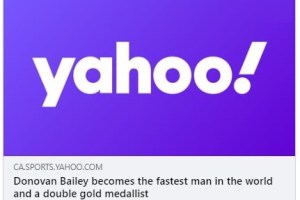 Subject News; Sports; Atlanta Description Donovan Bailey outran everything in 1996, including the role in the simple narrative Canada had written for him. Bailey’s double gold on the track in Atlanta, winning the 100-metres in a world-record 9.84 seconds and teaming with Robert Esmie, Glenroy Gilbert and Bruny […] 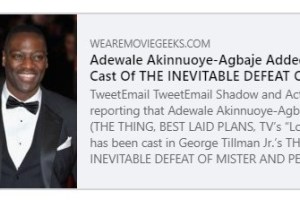 Subject News; Articles; Film Description Shadow and Act is reporting that Adewale Akinnuoye-Agbaje (THE THING, BEST LAID PLANS, TV’s “Lost”) has been cast in George Tillman Jr.’s THE INEVITABLE DEFEAT OF MISTER AND PETE. Michael Starrbury’s script follows two inner-city youths left to fend for themselves over the […] 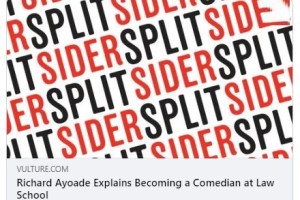 Subject Celebrity Description “When I was at university, they had a club that does comedy that I became involved in. I was in a very privileged position in that they got to put on shows because a number of great comedians came from there, like John Cleese and […] 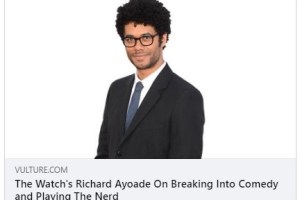 Subject News Description In The Watch, Ben Stiller plays a dorky do-gooder who forms a group of suburban crime fighters with Vince Vaughn, Jonah Hill, and … Richard Ayoade. If you don’t recognize that last name, you’re not alone. Ayoade starred in the geektastic TV show The IT […] 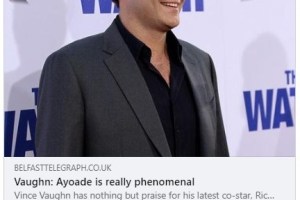 Subject Film Description Vince Vaughn has nothing but praise for his latest co-star, Richard Ayoade. The Wedding Crashers funnyman stars alongside the IT Crowd actor in sci-fi comedy The Watch, which also features Ben Stiller and Jonah Hill. “He’s the best. He’s hilarious and he’s really phenomenal in […] 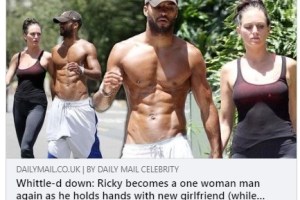 Whittle-d down: Ricky becomes a one woman man again as he holds hands with new girlfriend (while baring his chest, of course)

Subject Scholarly Articles; News Description He’s barely been linked to anyone romantically since finally splitting from on/off girlfriend Carley Stenson once and for all last year. But now former Hollyoaks star Ricky Whittle appears to be off the market again. The actor was spotted walking around near his […] 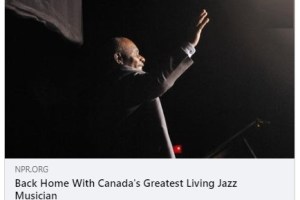 Subject News; Articles; Musicians Description A week ago, Oliver Jones — the greatest living jazz musician in Canada — played his hometown Montreal International Jazz Festival, one of the world’s largest. “Oliver Jones Plays Oliver Jones,” read the bill. It was the first time, he said in a […]

Barnes fears for England in trying to catch Spain best

Subject Sports; Football Description That goal in Rio de Janeiro’s Maracana nearly three decades ago provided a tantalising hint of what English football could produce, but John Barnes has provided a sobering assessment of the national team’s long road to aspirations of silverware. Things may get worse before […]