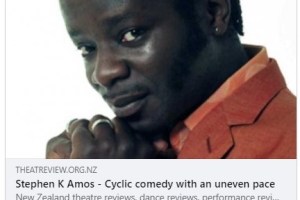 Cyclic Comedy With an Uneven Pace

Subject Film Review Description Two rows at the front are the only empty seats for Stephen K Amos’s opening night at Sky City Theatre in Comedy Festival 2012. It’s a set up, of course, and he fills them by bringing volunteers from seats further back, including a group […] 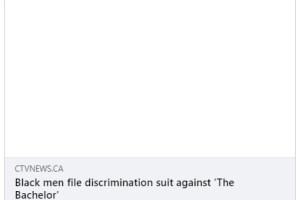 Subject Black History Celebration Description NASHVILLE – Two black men are taking “The Bachelor” and “The Bachelorette” to court with a lawsuit that claims the reality shows are blocking contestants of colour from starring roles. Nathaniel Claybrooks and Christopher Johnson filed a federal lawsuit in Nashville Wednesday against […]

Vieira turns up heat to freeze out Bolton

Subject Sport Description Patrick Vieira spent yesterday morning with ice packed around his considerably swollen right ankle. The same routine, in fact, that he has followed for some two months. The pain was eased with the knowledge of a place in the FA Cup semi-finals had been secured […]

Eboue is a first-class graduate for Wenger

Subject Sports Description No one is more alert to the potential of players coming from west Africa than Arsene Wenger. His worldwide contacts are legendary and when former French international Jean-Marc Guillou told him about an academy he had established in the Ivory Coast capital of Abidjan, Wenger […]

Henry: Dave and Tony won it

Subject Sports Description Thierry Henry today paid tribute to the contributions of Tony Adams and David Seaman made to the 1-0 victory in Lyon which has revived Arsenal’s Champions League hopes. The French striker, who scored the only goal in the game at the Stade Gerland, said: “It […]

‘Forget Keys, Where Is The Talent?’

Subject Entertainment Description I HAVE no interest at all Britain’s got talent. Desperate people go on there [often with little or no talent] trying to get themselves on TV at whatever cost. The last time I watched it I saw this little girl crying because she didn’t get […] 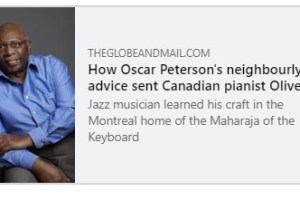