Subject Celebrity Description Kerry, who has admitted to being in love with Lucien, is currently trying to line herself up for a judging role alongside Amanda Holden and Michael McIntyre on Simon Cowell ‘s Britain’s Got Talent. In an interview for Now magazine Lucien was keen to put […]

Subject Lifestyle Description Fresh from a busy year filming his own BBC comedy series The Stephen K Amos Show, Stephen is back – and he’s playing in Lincoln. Laughter really is the best medicine and the Doctor will see you now, as Amos has risen to mass acclaim […] 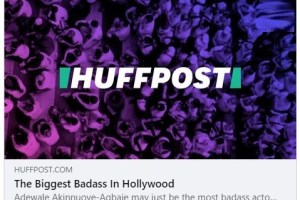 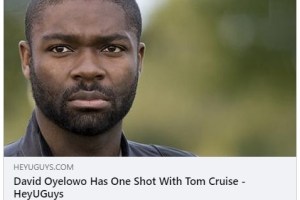 David Oyelowo Has One Shot With Tom Cruise

Subject BMA Entertainment News Description Jim Grant, better known by his pen-name Lee Child, has made a very successful career for himself writing novels following Jack Reacher, former American Military Policeman. The recognition for his novels is currently in the process of soaring even higher, with Tom Cruise […]

Subject Film Description Richard Ayoade has become somewhat of a British darling over the last few years. Wait, let’s scratch that: the man is a legend. Other than being the main draw to The IT Crowd, one of the most successful British sitcoms in recent years, Ayoade is […]

Edward Enninful Is ‘An Editor, Not a Politician,’ Has Worn the Same Thing Since He Was 17

Subject News Description Soft-spoken and understated, W fashion director Edward Enninful has long been a quiet but powerful force in the fashion industry. Born in Ghana and raised in London, he started his modeling career at 16 when he was spotted on a train by stylist Simon Foxton. […]

Colin Salmon To Return From The Dead In “Resident Evil: Retribution”

Subject BMA Entertainment News Description Even though his character, James “One” Shade, was killed off in the original 2002 film Resident Evil, actor Colin Salmon is said to be reprising the role in the upcoming Screen Gems-produced sequel, Resident Evil: Retribution. According to shocktillyoudrop.com, Salmon announced via Twitter […] 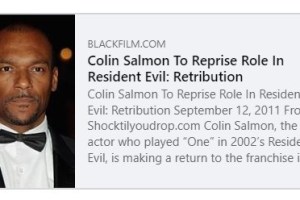 Subject BMA Entertainment News Description Colin Salmon, the actor who played “One” in 2002’s Resident Evil, is making a return to the franchise in Resident Evil: Retribution. Salmon updated his Twitter followers: “Confirmed I will be shooting new Resident Evil movie. Paul Anderson has written an amazing script.” […] 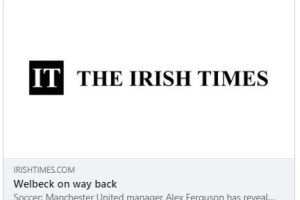 Welbeck on way back

Subject Sports; Football Description Manchester United manager Alex Ferguson has revealed that striker Danny Welbeck should return to training next week. After injuring his hamstring after scoring the first goal in United’s 8-2 annihilation of Arsenal a fortnight ago, it was felt Welbeck would be sidelined for the […]