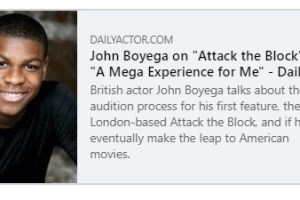 John Boyega on “Attack the Block”: “A Mega Experience for Me”

Subject Film Description In a recent interview, British actor John Boyega talked about the audition process for his first feature, the London-based Attack the Block, and if he’ll eventually make the leap to American movies. “Attack the Block was the first thing I did so it was a […] 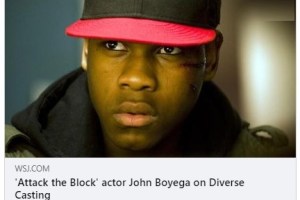 Subject News Description For those who have been paying attention, a slight controversy has taken place this summer over race and its relationship to the science-fiction comic book action film genre. It’s boiled down to a simple question: Where are the actors of color? In the UK imported […] 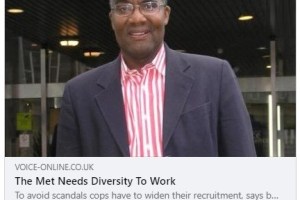 The Met Needs Diversity To Work

Subject Black History Celebration Description To avoid scandals cops have to widen their recruitment, says black police association co-founder. THE METROPOLITAN police will continue to face scandals such as phone hacking until the force becomes more diverse and more independent at the most senior levels, says one of […]

Subject News Description NHLPA member and Montreal Canadiens defenceman P.K. Subban and former NHL player Georges Laraque are spending two days visiting Grace Children’s Hospital in Port au Prince to meet with patients and staff, and see the work that has been accomplished so far thanks to donations […]

Kobe Bryant: The 10 Most Controversial Moments of His Career

Subject Scholarly Articles Description When Kobe Bryant retires, he’ll do so as one of the 10 greatest players in NBA history and a fierce competitor whose will to win was as great as anyone we’ve seen. His recent decision to fly to Germany for experimental treatment on his […]

Subject Sports; Boxing Description Lennox Lewis has defended David Haye’s actions in the build-up to tomorrow’s fight with Wladimir Klitschko and insists the Londoner has not over-stepped the mark with his trash-talking. WBA heavyweight champion Haye has been criticised in some quarters for his distasteful goading of IBF/WBO […]