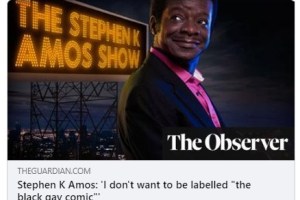 Stephen K Amos: ‘I don’t want to be labelled “the black gay comic”‘

Subject Black History Celebration Description The standup talks about coming out, the shortage of black performers on TV and why he’s playing his mum. You’ve just made your first television comedy show for the BBC. What can viewers expect? The Stephen K Amos Show is very gentle, nothing […]

Subject Sports; Football Description Paul Ince has been appointed as Notts County’s new manager until the summer of 2014. The 43-year-old, who has been out of work since ending his second stint in charge of the MK Dons in May, has been recruited by the npower League One […]

‘it’s Hard to Get Up in the Morning’ – Ashley Cole

Subject Sports; Football Description Chelsea left-back Ashley Cole has revealed that he flirted with the idea of leaving the club over the summer in the aftermath of his stupid divorce from his stupid wife, and was only persuaded to stay after manager Carlo Ancelotti had suitably fluffed his […]

Subject News Description Adewale Akinnuoye-Agbaje is the only African-American in the prequel to The Thing, something Agbaje jokes about himself. Generally, you’d get the overwhelming suspicion that he’s got no chance of survival here, considering this is a horror film. But whether he lives or dies, I’m sure […] 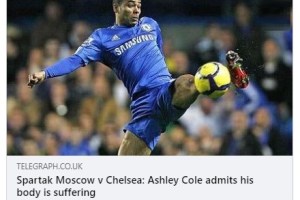 Subject Sports; Football Description Carlo Ancelotti will decide whether to push Ashley Cole through the pain barrier again. He has warned that the left-back must learn to cope with a damaged ankle which makes it difficult to walk. Cole recently revealed that his lifelong ambition was to be […]

Subject Black History Celebration Description Adewale Akinnuoye-Agbaje (Mr. Eko from ‘Lost’) has been campaigning for more than a year to play Marvel’s Black Panther – and as he tells us, that passion has not died. During the press line for Universal’s prequel to The Thing, I had a […]