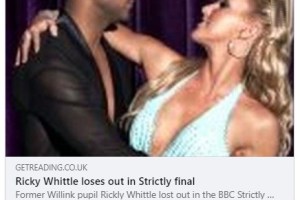 Subject News Description Former Willink pupil Rickly Whittle lost out in the BBC Strictly Come Dancing final despite winning the most points from the judges. The Hollyoaks actor, from Burghfield Common, came second to sports reporter Chris Hollins after 14 weeks in the competition. Speaking after the result, […]

The REAL Story Behind The Tiger Woods Story

Subject Sports; Golf Description It was the end of 2002 and Tiger had been dominating the PGA tour like no one ever before him and possibly like no one ever will. Tiger didn’t just own the golf course; he owned the sporting world in general, the TV with […] 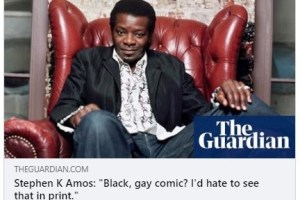 Subject Interviews Description He once joked that British TV couldn’t cope with more than one black comedian at a time – now Stephen K Amos is getting his own BBC series. And he hasn’t even had to kill Lenny Henry, he explains. There’s a perfectly timed moment in […]

Subject News Description TORONTO – Grammy Award nominations are set to be announced on Wednesday evening during a splashy one-hour telecast on CBS, and a mix of fresh and familiar Canadian faces could find themselves on the list. Canadian Press music writer Nick Patch offers his thoughts on […]