Subject News Description Plenty of transfer toss to consider today, but by far the most interesting rumour comes straight from the big mouth of Ian Wright. The Arsenal goalscoring legend claims that Paddy Vieira may be set for a second stint under Arsene Wenger. Speaking on his TalkSport […] 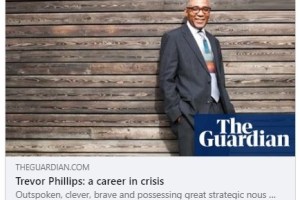 Trevor Phillips: a career in crisis

Subject News Description Outspoken, clever, brave and possessing great strategic nous – Trevor Phillips should have been a brilliant leader of the Equality and Human Rights Commission. So what on earth went wrong? The idea of celebrity may not always mean much to a celebrity but there is […] 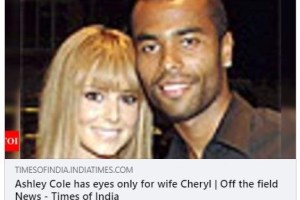 Ashley Cole has eyes only for wife Cheryl 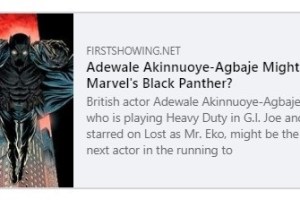 Subject Black Lives Matter Movement Description British actor Adewale Akinnuoye-Agbaje, who is playing Heavy Duty in G.I. Joe and starred on “Lost” as Mr. Eko, might be the next actor in the running to play Marvel’s Black Panther. MTV just spoke with Adewale on a red carpet in […]

David Adjaye: Downfall of the showman

Subject Inspiring People Description They called him the ‘starchitect’ – the brilliant young designer with a host of celebrity clients. Now his practice is fighting insolvency. In the eight years since David Adjaye set up his practice in one of London’s most achingly edgy neighbourhoods, the Ghanaian architect […] 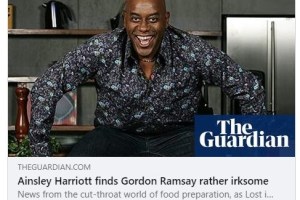 Subject Lifestyle Description Will no one protect poor Ainsley from the wrath of Gordon, asks Marina Hyde. News from the cut-throat world of food preparation now, as Lost in Showbiz is forced to announce that Ainsley Harriott v Gordon Ramsay is officially ON. Poor Ainsley. Despite being a […]