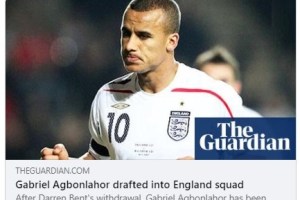 Subject Sports; Football Description Fabio Capello has bemoaned the “striker virus” that has disrupted his plans for Wednesday night’s World Cup qualifier against Ukraine. Emile Heskey, Carlton Cole and, this morning, Darren Bent have all been forced to pull out of the Italian’s squad, forcing the manager to […]

Subject Black Lives Matter Movement Description Tidjane Thiam’s appointment as the new head of Prudential caps a remarkable personal journey. Andy McSmith reports. Tidjane Thiam surely has the most interesting biography of anyone who has headed up the Prudential Insurance Company. Just one of the many interesting facts […]

Subject Black Lives Matter Movement Description Tidjane Thiam, who 10 years ago was forced to flee a military coup in Ivory Coast, is set to make U.K. corporate history when he takes over the top spot at insurer Prudential PLC, PRU 1.68% becoming the first black chief executive […] 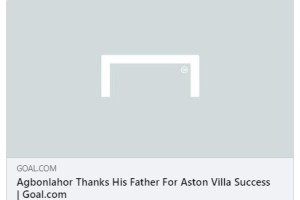 Agbonlahor Thanks His Father For Aston Villa Success

Subject Sports; Football Description Aston Villa striker Gabby Agbonlahor, hailed by many this season as a primary reason for Aston Villa’s success, has today paid tribute to his father, Samson, whom he feels has provided him with excellent guidance and upbringing throughout his life. As an 18-year-old he […] 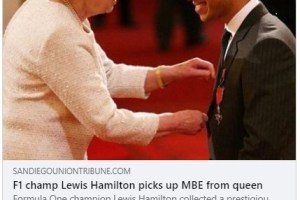 The trouble with Ashley Cole

Subject Sports; Football Description The Chelsea star’s recent escapade will only add to his bad reputation, writes Sam Wallace. It is a curious fact that, since he joined Chelsea in August 2006, Ashley Cole has proffered more official public apologies than he has scored goals for the club […]

Subject News Description Chelsea and England defender Ashley Cole has apologized to London police for a foul-mouthed tirade that led to him being arrested for drunk and disorderly conduct in the early hours of Thursday morning. In a statement released by the left-back, Cole said he swore out […]