Subject News Description The Anglican Archbishop of York presented a gift of beer to Pope Benedict XVI on his recent trip to the Vatican, the York Press reports. Archbishop of York John Sentamu, visiting Rome to celebrate the Week of Prayer for Christian Unity, presented the Pope with […] 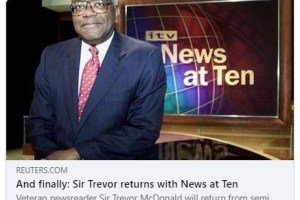 And finally: Sir Trevor returns with News at Ten

Subject News Description LONDON (Reuters) – Veteran newsreader Sir Trevor McDonald will return from semi-retirement on Monday to present the first edition of the revamped News at Ten. He will join former Sky News presenter Julie Etchingham for the relaunched bulletin that was first dropped in 1999 and […] 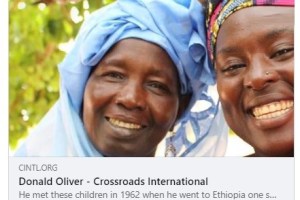 Subject News Description A charcoal drawing of a young boy and girl hangs in Senator Donald Oliver’s home in Nova Scotia. He met these children in 1962 when he went to Ethiopia one summer as a Crossroader and they continue to remind him of the time he spent […]

Subject Motor Racing Description Lewis Hamilton started this year’s Monaco Grand Prix in third position on the grid, behind the two Ferraris of Felipe Massa and Kimi Raikkonen, and knew it would take a top drive to get between them, let alone win. But after last year’s Monaco […] 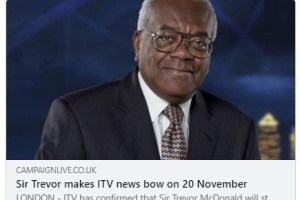 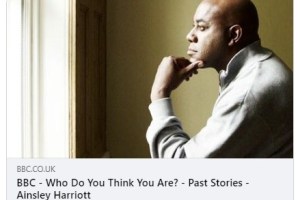 Who Do You Think You Are?

Subject News Description Ainsley Harriott travelled to the West Indies to uncover his roots and soon discovered that Caribbean history isn’t quite as ‘black and white’ as he’d imagined. Ainsley thought he already knew a lot about his father’s side of the family. He’d been told that his […]

Subject Inspiring Stories Description David Oyelowo admits his deeply-held, personal faith made him wary of accepting the pivotal role of Joseph of Arimathea in The Passion. “Of all the projects I’ve ever done it was the one I had to think hardest about as a Christian,” says the […]

John Sentamu – What England Means to Me

Subject News Description Looking in From the Outside. A man looking in from afar wrote the following of the people who dwell in these lands: “There are four kinds of people in the UK – First, there were the Scots who kept the Sabbath – and everything else […]