Ince blasts ‘out of order’ critics

Subject Sports; Football Description Blackburn boss Paul Ince has savaged the critics he feels are trying to tear the club apart. Just a few months into his tenure at Ewood Park, Ince is under fire after a wretched run of nine Barclays Premier League games without a win, […]

Subject News Description ‘Leadership is the single most important factor in determining the future of African countries,’ said Mo Ibrahim in a recent interview for Kenya’s Nation newspaper. ‘By governing well in the interests of all their citizens, good leaders create the conditions where all the other challenges, […]

Young, Black and British: The young men who refuse to bow to the stereotypes

Subject Black Culture; Black Lives Matter Movement Description Lewis Hamilton recently became the world motor-racing champ and the nation rejoiced. What an inspiration they said, the youngest man to win Formula 1. And a black man at that. (In truth he is “mixed race”, like Barack Obama. But […] 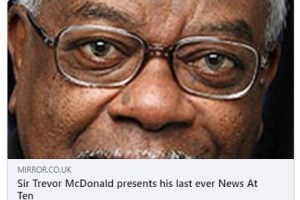 Sir Trevor McDonald presents his last ever News At Ten

Subject Celebrity Description Broadcaster Sir Trevor McDonald presented his final News at Ten last night. Minutes after his last “and finally” story, the newsroom crew gathered to say goodbye. One journalist told the Mirror: “It was very emotional.” The journalist, 69, joined ITN 35 years ago. He left […]

Subject Sports; Football Description Paul Ince believes Luiz Felipe Scolari has turned Chelsea into an “awesome” team who are playing with a panache they lacked under Jose Mourinho. The Blackburn manager, whose side take on the Premier League leaders on Sunday, says the defensive days of the “Special […] 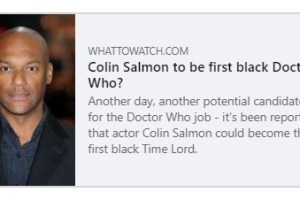 Colin Salmon to be first black Doctor Who?

Subject News Description It may be Lewis Hamilton who’s in the limelight, but he attributes his success to the efforts of everyone at McLaren. The youngest ever Formula One world champion, Hamilton’s low-key style of managing relationships offers a useful guide to anyone who is part of team. […] 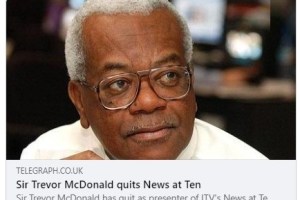 Subject News Description Sir Trevor McDonald has quit as presenter of ITV’s News at Ten and will make his last appearance next month. The veteran 69-year-old newsreader will stand down in late November after presenting coverage of the US elections, which he said would allow him to leave […]