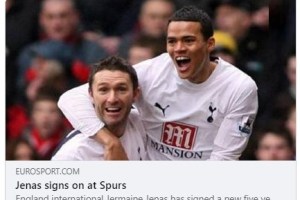 Jenas Signs on at Spurs

Subject Sports; Football Description The 24-year-old central midfielder signed for Spurs in August 2005 for £7 million on transfer deadline day. His new deal will keep him at White Hart Lane until 2012. Jenas began his career at Nottingham Forest, where he rose through the youth ranks to […]

Subject News Description Nelson Mandela, the hero of the global battle for racial equality, last night made an impassioned appeal for leading black Britons to take a lead in countering violence and low achievement in the inner cities. At the start of a visit to Britain to celebrate […] 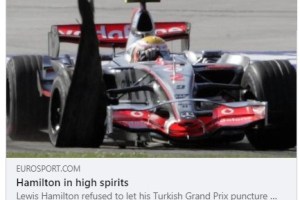 Subject Sports Description The 22-year-old Briton was the only driver to pose any kind of threat to the dominant Ferraris during the race, but lost out on a certain third place in his McLaren when his right-front Bridgestone came apart with 15 laps to go. The problem forced […] 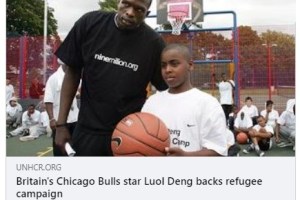 Subject Sports; Basketball Description Chicago Bulls star Luol Deng is back in Britain to try and help his adopted country win a place in the 2012 London Olympics. But the Sudan-born basketball prodigy has also been taking time out to support UNHCR’s campaign to open up sports and […] 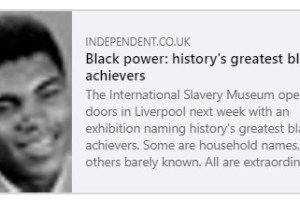 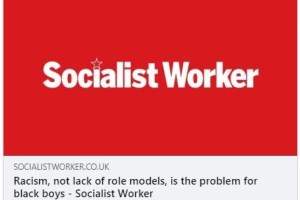 Racism, not lack of role models, is the problem for black boys

Subject Black Culture; Black Lives Matter Movement Description This week saw the release of the Reach report into “raising the aspirations and attainment of black boys and young black men”. African Caribbean young people – and boys in particular – face a rough time in Britain today. They […]

Subject News Description John Fashanu is officially the black Noel Edmonds! Fash is currently presenting the Nigerian version of gameshow Deal or No Deal. The ex-Wimbledon striker has been fronting the show on the M-Net Africa network since July. Fash does have presenting experience from his days as […] 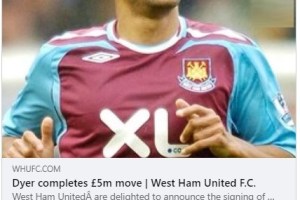 Subject News Description West Ham United are delighted to announce the signing of England international midfielder Kieron Dyer from Newcastle United for a fee of £5m. After passing a medical this morning, the 28-year-old midfielder put pen to paper on a four-year deal at the Boleyn Ground, and […]