Amaechi able to cut it

Subject Sports Description TIMES ARE GOOD for John Amaechi. The former Penn State and NBA player, who last month acknowledged his homosexuality in his book, “Man in the Middle,” now has signed an endorsement deal with a razor company. HeadBlade Inc., announced yesterday the signing of Amaechi to […] 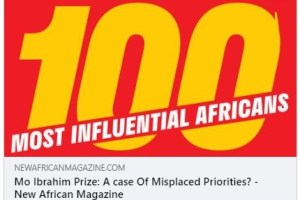 Subject News Description I wish that I could say I am enthusiastic about the Mo Ibrahim Prize for Achievement in African Leadership. But even though its motive is impeccable, it is likely to be viewed with derision, for there just are far too many causes in Africa in […]

Why I’ve come out

Subject Sports; Basketball Description John Amaechi was the highest-paid British basketball star in America. But last month he made headline news for a different reason – as the first openly gay player in NBA history. Here he tells of his journey from Stockport to a $10m contract, of […]