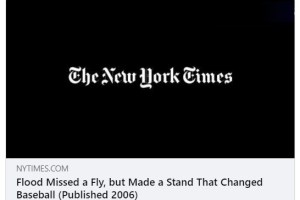 Flood Missed a Fly, but Made a Stand That Changed Baseball

Subject Sports; Baseball Description How strange that baseball’s new labor contract was announced in St. Louis on Tuesday night, for that is where a proud center fielder named Curt Flood made a stand against his version of slavery. An industry awash in money will have peace for the […] 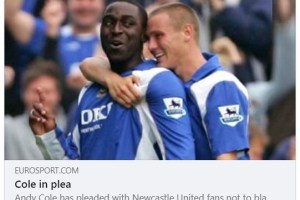 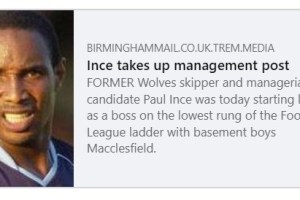 Subject Sports; Football Description FORMER Wolves skipper and managerial candidate Paul Ince was today starting life as a boss on the lowest rung of the Football League ladder with basement boys Macclesfield. Ince has signed a 14-month contract, which will then turn into a six-month rolling deal, to […] 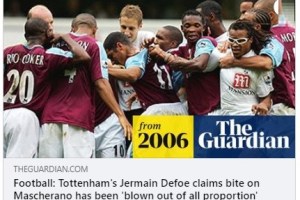 Defoe defends himself over bite

Subject Sports; Football Description ‘The referee was standing right over me and if he felt I had done anything bad he would have sent me off’. Tottenham striker Jermain Defoe today claimed that his bite on Javier Mascherano has been “blown out of all proportion”. Defoe appeared to […] 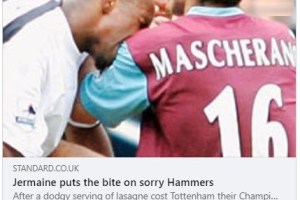 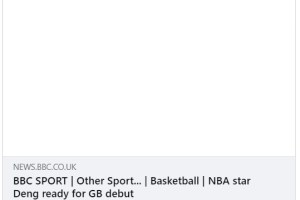 Subject Sports; Basketball Description Chicago Bulls star Luol Deng is looking forward to making his debut for Great Britain after going through a formal naturalisation ceremony in Croydon. Deng is now cleared to play for GB after being ineligible for last summer’s European qualifying games. “We’ve been waiting […]

Sugar Ray Leonard: ‘Hearns seemed indestructible, so to beat him was my defining moment’

‘Thanks for sparing us’

Subject Sports; Football Description PAUL INCE has quit the County Ground after just three games but Town fans have still thanked him for not doing a Neil Ruddock’. The 38-year-old, pictured, had his player-coach contract terminated by mutual consent yesterday after telling former England colleague Dennis Wise he […]

Subject Sports; Football Description Premiership footballer Rio Ferdinand turned the airwaves blue today after calling DJ Chris Moyles a ‘faggot’ live on air. Moyles, who has been in hot water himself in the past for swearing during live broadcasts, was given the rebuke during a light-hearted exchange on […]