Subject Sports Description One retirement was not good enough for Jerry Rice. The San Francisco 49ers announced Saturday that Rice, the NFL’s all-time leading receiver, will sign a contract with the club Thursday and retire for good in November as a member of the team with which he […]

Subject News Description The controversial comic Russell Brand has accused the BBC of censorship by cutting comments made by a black wheelchair athlete from his radio show. Brand claims the BBC is happy to exploit the image of Ade Adepitan by screening his wheelchair dance moves between programmes […]

Henry rates King as only defender to tackle fairly

Subject Sports; Football Description Thierry Henry has given the England manager, Steve McClaren, food for thought by naming Ledley King as the only defender who can get the better of him without fouling. The Arsenal captain has been the Premiership’s number one striker for a number of seasons […] 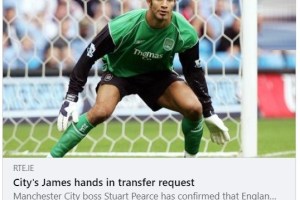 Subject Sports; Football Description Manchester City boss Stuart Pearce has confirmed that England goalkeeper David James has asked to leave the club. Cash-rich Portsmouth have already lodged one bid for the 36-year-old although as yet the Fratton Park outfit have yet to meet City’s valuation. However, James, whose […]

Subject Sports; Basketball Description The newest Trail Blazer was introduced to the public and the media Thursday afternoon at Open Meadow, an alternative middle school in Northeast Portland. For Jamaal Magloire, whose passion outside of basketball is working with kids, it was a fitting site. The 6-11, 260-pound […] 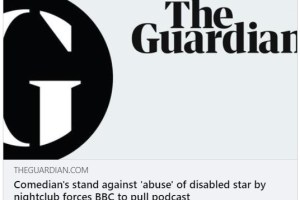 Subject Media Description The BBC has pulled its weekly podcast of a popular radio programme because its presenter, the comedian Russell Brand, refused to allow the corporation to edit out contentious material. Officials admitted they had been unable to distribute podcast copies of Brand’s Sunday morning show because […] 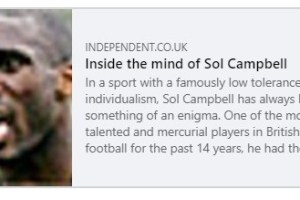 Inside the mind of Sol Campbell

Subject Sports; Football Description In a sport with a famously low tolerance for individualism, Sol Campbell has always been something of an enigma. One of the most talented and mercurial players in British football for the past 14 years, he had the world at his feet. But the […] 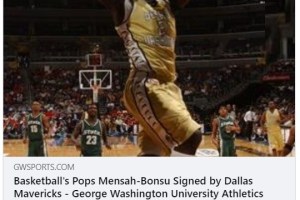 Subject Sports; Basketball Description Former George Washington basketball player Pops Mensah-Bonsu (London, England) has signed a free agent contract with the NBA’s Dallas Mavericks, the team announced Thursday. The terms of the contract were not disclosed. Mensah-Bonsu is the second player from the 2005-06 Colonials’ team to make […]

Subject News Description As he manages what is likely to be his last team, Nationals skipper Frank Robinson is trying to instill in one more generation of players the toughness and passion for the game that made him a legend. Carl M. Cannon is White House correspondent for […] 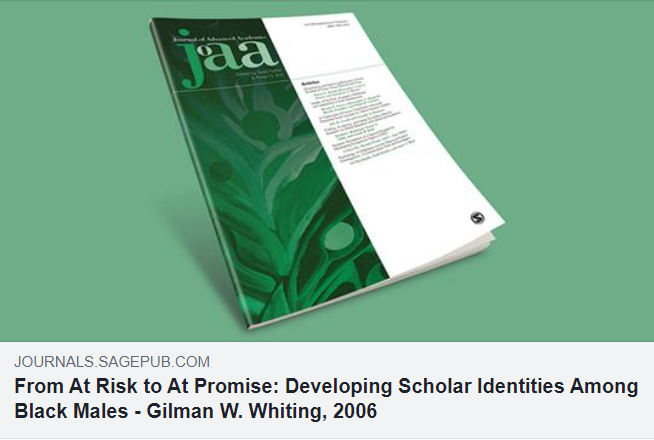 From At Risk to At Promise: Developing Scholar Identities Among Black Males