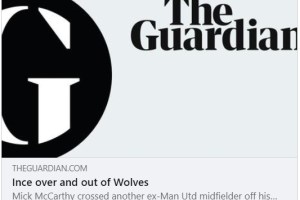 Ince over and out after being overlooked at Wolves

Subject Sports; Football Description Paul Ince’s four-year stay at Wolves is over after the 38-year-old former England midfielder was overlooked for the manager’s job at Molineux because of his lack of experience. “I haven’t spoken to Paul but I can tell you now that he won’t be coming […] 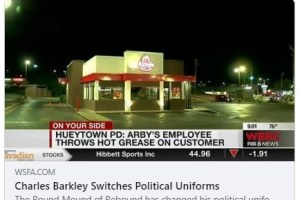 Subject Sports; Basketball Description The Round Mound of Rebound has changed his political uniform from red to blue and is talking again about running for governor of Alabama, possibly in 2010. At a meeting of the Southern Regional Conference of the National School Boards Association in Destin, Florida, […] 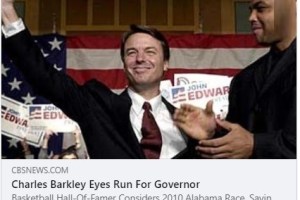 Subject Sports; Basketball Description Former basketball star Charles Barkley says he’s switched political teams from Republican to Democrat and is again talking about running for governor in his home state, possibly in 2010. “I really believe I was put on Earth to do more than play basketball and […] 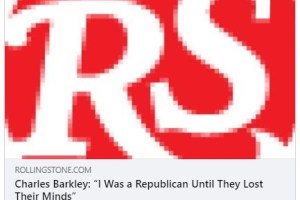 Charles Barkley: “I Was a Republican Until They Lost Their Minds”

Subject Culture Description The Round Mound of Rebound, who only a few years ago was rumored to be a top Republican contender for governor of Alabama, has defected. Barkley made is Democratic proclivities known after John “Don’t Call Me Cougar” Mellencamp offended former veep Dan “I Spell it’Potatoe’” […]