Subject Sports; Football Description Four goals in his first nine Cardiff games have revived the stock of a player who had seemed to be just a momentary over-achiever. Helen Duff investigates Sod’s law: it’s never the players we want to hear more from who develop a taste for […] 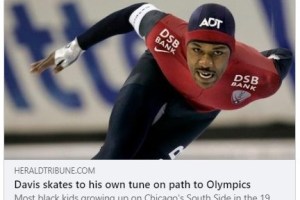 Davis skates to his own tune on path to Olympics

Subject Sports; News Description Most black kids growing up on Chicago’s South Side in the 1980s and ’90s wanted to soar through the air like M.J. or take handoffs for Da Bears. A couple of times a week, he climbed into a car with his doting mother for […] 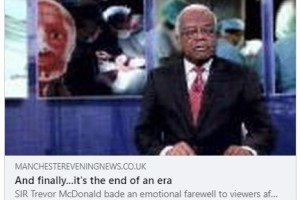 And finally…it’s the end of an era

Subject Business Description SIR Trevor McDonald bade an emotional farewell to viewers after presenting his last ITV late evening bulletin, last night. The 66-year-old veteran newsreader had a simple message for viewers as he stepped down from his role of anchor at the end of the 10.30pm news. […] 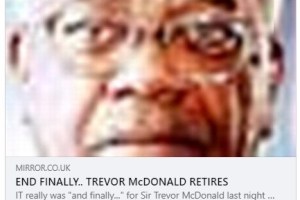 Subject Celebrity; News Description IT really was “and finally…” for Sir Trevor McDonald last night when he presented his last ITN news bulletin after 32 years. The 66-year-old veteran newsreader stepped down with an emotional personal farewell to viewers. Earlier, the evening news, showed clips of his top […] 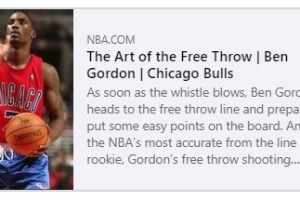 The Art of the Free Throw | Ben Gordon

Subject Sports; Basketball Description As soon as the whistle blows, Ben Gordon heads to the free throw line and prepares to put some easy points on the board. Among the NBA’s most accurate from the line as a rookie, Gordon’s free throw shooting routine is one of repetition, […] 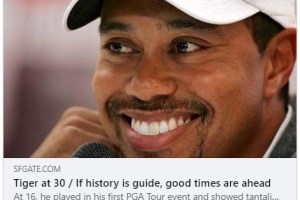 Tiger at 30 / If history is guide, good times are ahead 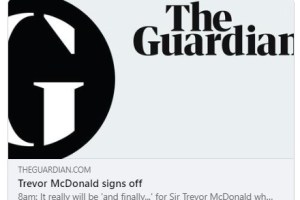 Subject Media Description He made “and finally …” into a national catchphrase. But next week it really will be the end for Sir Trevor McDonald when he presents his final edition of ITV’s main evening news programme. Four decades of TV news history will come to a close […] 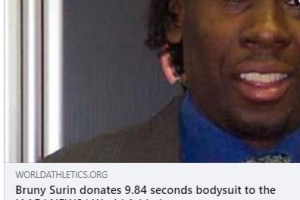 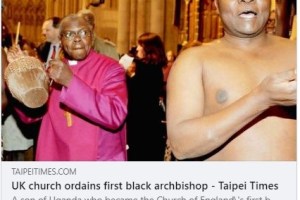 Subject News Description A son of Uganda who became the Church of England’s first black archbishop brought an African beat to his installation in northern England, and declared his hope of energizing the dispirited church with the confident faith of his homeland. John Sentamu recalled that one of […] 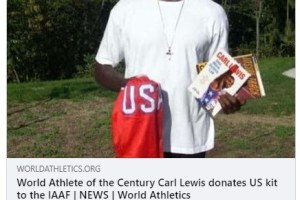 Subject News Description Carl Lewis of the United States, who was elected as the World Athlete of the Century by the International Athletic Foundation at the 1999 World Athletics Gala in Monaco, has donated his competition vest from the 1986 Goodwill Games and a tracksuit as well as […]