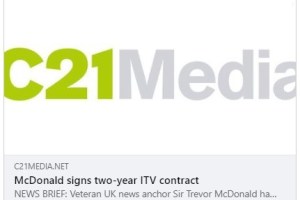 Subject News Description Veteran UK news anchor Sir Trevor McDonald has signed a two-year deal with ITV that will extend production of Tonight With Trevor McDonald as well as include new documentary and interview series. The new contract comes into force when McDonald steps down as anchor of […] 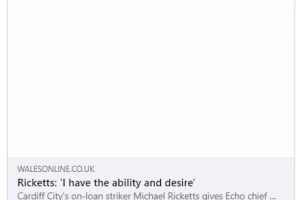 Ricketts: ‘I have the ability and desire’

Jimmy in line for national award

Subject News Description FORMER Loughton actor Jimmy Akingbola has been nominated for a prestigious Theatrical Management Association (TMA) Award. Mr Akingbola, who left Epping Forest College in 1996 with a BTEC national diploma in performing arts, is in the running for best supporting role in a play for […]

Subject Sports; Football Description His persistent fitness problems – his appearance at the weekend was his first since the 2-0 home defeat by Manchester United on 28 August – have finally been traced to a health problem which, it is understood, is unrelated to football. Now he has […]