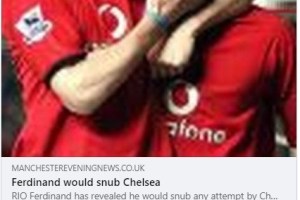 Subject Sports; Football Description RIO Ferdinand has revealed he would snub any attempt by Chelsea to prise him away from Manchester United. It has been suggested the England defender would be one of Jose Mourinho’s major summer transfer targets, with Blues chief executive Peter Kenyon well-placed to negotiate […] 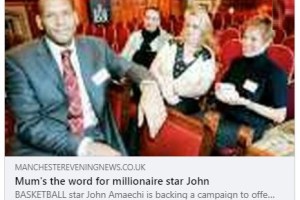 Subject Sports; Basketball Description BASKETBALL star John Amaechi is backing a campaign to offer more support for Manchester’s 80,000 single parents. The millionaire, who carved out a rewarding career in the competitive world of NBA basketball, told how his success was down to the love and sacrifices his […] 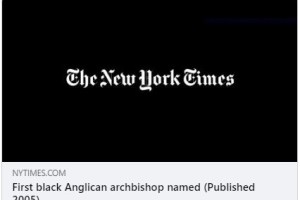 Subject Black Lives Matter Movement Description LONDON — A Ugandan-born cleric who opposes gay priests in the Anglican church and is a foe of the U.S.-led war in Iraq was named Friday as the first black archbishop in the nearly 500-year history of the Church of England. The […]

Subject Lifestyle Description LONDON – A Ugandan-born cleric who opposes gay priests in the Anglican church and is a foe of the U.S.-led war in Iraq was named Friday as the first black archbishop in the nearly 500-year history of the Church of England. The Rt. Rev. John […]

Subject News Description We are jubilant at the news of our fellow countryman’s appointment as the next Archbishop of York, and are grateful to the Queen, the Prime Minister, and the Church of England for recognizing the emerging force of the Christian Church in the Global South. John […] 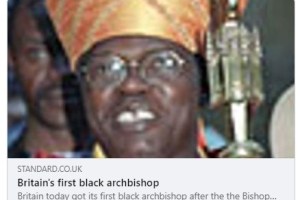 Subject Black Lives Matter Movement Description Britain today got its first black archbishop after the the Bishop of Birmingham, the Rt Rev John Sentamu, was named as the new Archbishop of York. His appointment raises the prospect of a black Archbishop of Canterbury. Dr Sentamu, 56, was raised […] 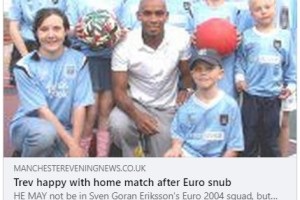 Subject Sports; Football Description HE MAY not be in Sven Goran Eriksson’s Euro 2004 squad, but Whitefield-born international Trevor Sinclair was more than happy to be called up for action on the home front. The Manchester City star came home to St Mary’s Park to launch Bury Council’s […] 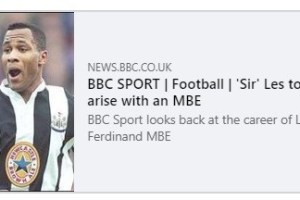 ‘Sir’ Les to arise with an MBE

Subject Sports; Football Description For somebody who revels in the title of “Sir” Les Ferdinand, a moniker given him by QPR fans, an MBE may seem like a consolation prize. But supporters of QPR, Newcastle and Spurs will consider it just reward for a striker who graced his […]

Subject News Description WHEN Kieran Richardson scored after four minutes of his international debut, the roar from south-east London could be heard thousands of miles away in Chicago’s Soldier Field Stadium. Richardson’s father Clive, who still lives in the Lewisham area, had made the trip to the States, […]