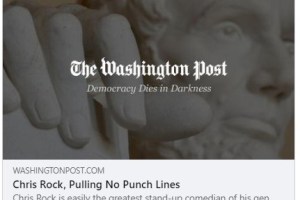 Subject Lifestyle Description Chris Rock is easily the greatest stand-up comedian of his generation, the Young Turk comics, although at 38, he’s about as old as a Young Turk can be. Since rising to prominence and popularity, Rock has never settled for just being funny. His comedy can […] 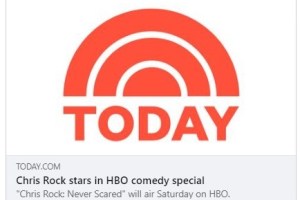 Subject Artists Description As the father of a baby girl, Chris Rock discovered that his main job is giving her a healthy first impression of men. If she grows up to be a stripper, he’ll know he failed. “You got to keep her off the pole!” Rock advises […] 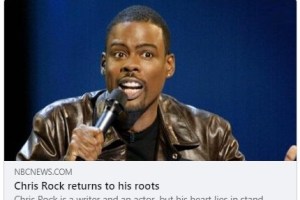 Chris Rock returns to his roots

Subject Artists; Writings Description Entertainment Weekly just named him “the funniest man in America” and he has three Emmys and two Grammys to back that up. Chances are you saw Chris Rock for the first time when he joined the cast of Saturday Night Live 14 years ago. […] 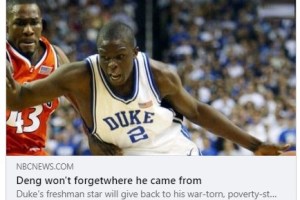 Deng won’t forgetwhere he came from

Subject News Description Luol Deng is a small forward: long, lithe, can shoot from the perimeter or take it to the basket off the dribble. But he’s too unselfish for that, so maybe he’s a point guard: sees the whole floor, passes with precision, leads the fast break. […]