How Fash got his cash

Subject News Description Whatever the nation’s television viewers learn in the coming weeks about the inexplicably eager contestants on the second series of I’m A Celebrity… Get Me Out Of Here!, regular watchers will become appraised of at least one fact. John Fashanu talks a good game. Creator […]

Lewis’s title not on line Boxing 

Subject Sports; Boxing Description Britain’s Lennox Lewis will not be defending his World Boxing Council crown when he fights Canada’s Kirk Johnson in Los Angeles on June 21st and Mike Tyson is not yet signed to fight on the same heavyweight card. Those details were revealed yesterday when […] 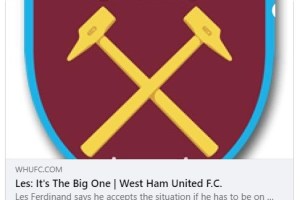 Les: It’s The Big One

Subject Scholarly Articles Description Les Ferdinand says he accepts the situation if he has to be on the bench again on Saturday – but is looking forward to making a contribution one way or another in what he calls a “mammoth” game.Les had to make do with a […]