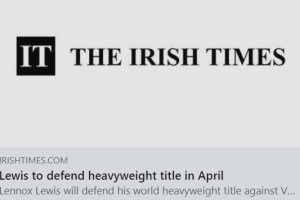 Subject Sports; Boxing Description Lennox Lewis will defend his world heavyweight title against Vitali Klitschko in April. Ukrainian Klitschko told an US television show that all contracts for the bout had been signed and that they would fight on April 12th. Creator irishtimes Source https://www.irishtimes.com/news/lewis-to-defend-heavyweight-title-in-april-1.457642?mode=sample&auth-failed=1&pw-origin=https%3A%2F%2Fwww.irishtimes.com%2Fnews%2Flewis-to-defend-heavyweight-title-in-april-1.457642 Publisher irishtimes.com File 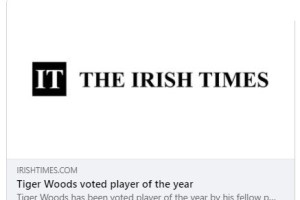 Through the eyes of Vanley Burke

Subject Black Culture; Black History Celebration Description From children playing in Handsworth Park to family celebrations and public demonstrations, for over 30 years Vanley Burke has captured the everyday life of Britain’s black community. Born in Jamaica in 1951, Vanley Burke moved to Birmingham in 1965, armed with […] 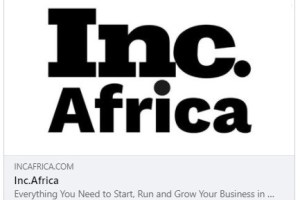 Subject Library Description The six-time champ is trying to build a business, promote a new generation of fighters, and clean up his sullied sport. It’s not as easy as it sounds. Boxing’s latest savior is on the move again — riding down Oklahoma City’s dusty I-35 in a […] 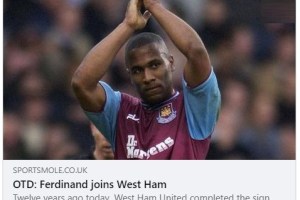 Subject Sports; Football Description Under the management of Glenn Roeder, West Ham had a relatively successful 2001-02 Premier League campaign, finishing seventh. So, no doubt they headed into the following season with great confidence, which was understandable given the standard of player in the squad. The experience was […]

The inside story of a Premiership referee

Subject Sports; Football Description Uriah Rennie’s strength in controlling the game has made him one of the most well recognised names in refereeing. He’s also had his fair share of controversy, not least when he had to hold Roy Keane back before dismissing him at Sunderland at the […]

MP and his TV girlfriend split

Subject News Description They were fast becoming one of Britain’s most highprofile couples – the young MP and the fashionable TV presenter. Now, after dating for two years, David Lammy and Channel 4 presenter June Sarpong have separated, telling friends that they have been so overworked they have […]