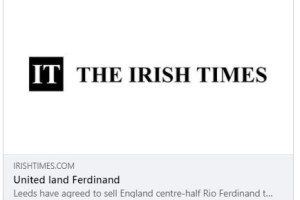 Subject Sports; Football Description Leeds have agreed to sell England centre-half Rio Ferdinand to Manchester United for a record £30 million, according to reports in England today. The deal, subject to Ferdinand passing a medical and agreeing personal terms, will once again make the 23-year-old world football’s costliest […] 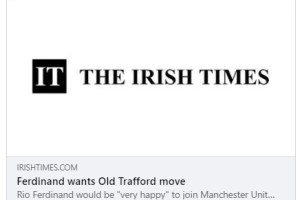 Subject Sports; Football Description Rio Ferdinand would be “very happy” to join Manchester United because he wants to play for a “bigger and better club” than Leeds. The England defender handed in a transfer request earlier today amid speculation Manchester United have tabled a bid, only for Leeds […]

Adidas and Kobe Bryant Agree Not to Extend Sponsorship Agreement

Subject Sports; Basketball Description Adidas-Salomon AG and Kobe Bryant announced today they have mutually agreed not to exercise a two-year extension to their sponsorship agreement. The decision, which was reached amicably, means the relationship between adidas and Kobe has ended this summer. Creator Amsterdam Source https://www.adidas-group.com/en/media/news-archive/press-releases/2002/adidas-and-kobe-bryant-agree-not-extend-sponsorship-agreement/ Publisher adidas-group.com […] 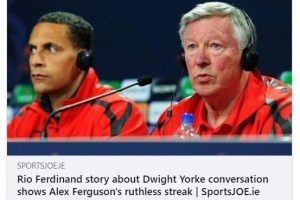 Subject Sports; Football Description Dwight Yorke was still on United’s books but Ferguson had made up his mind about the striker. Yorke had scored 65 goals in 152 games for United [winning the Golden Boot in the treble-winning 1998/99 season] but switched into cruise control from around 2001. […]