Emile is thankful he’s not Revelino

Subject Sports; Football Description You won’t need to remind Emile Heskey that the 1970 Brazil team were something special. Just ask the England striker about his brother. The 23-year-old’s younger sibling is inextricably linked with the boys from Brazil by name – Revelino Heskey. Creator Leo Spall Source […]

Sinclair: the night of my life

Subject Sports; Football Description Trevor Sinclair has admitted he now “feels part of the England squad” after going from being a World Cup reserve looking on from 8,000 miles away to one of the heroes of the victory over Argentina. Sinclair was effectively the 25th man in coach […] 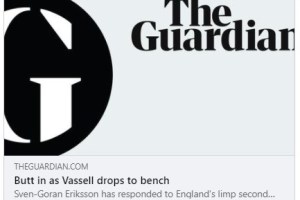 Butt in as Vassell drops to bench

Subject Sports; Football Description Sven-Goran Eriksson has responded to England’s limp second-half showing against Sweden by giving Manchester United’s Nicky Butt a central role in midfield for tomorrow’s game against Argentina. Emile Heskey will move from the left of midfield to partner Michael Owen up front, which means […] 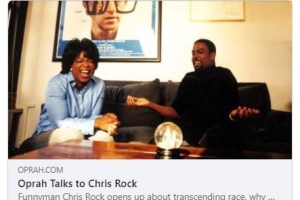 Subject Lifestyle Description One of America’s funniest men on panning laughs from the everyday, his 9/11 baby-to-be, transcending race, and why he suspects he was put on Earth. Chris Rock is on a roll. His talent has led him all the way from the tough streets of Bedford-Stuyvesant, […]