Vassell tipped to be a World Cup surprise

Subject Sports; Football Description Rio Ferdinand is tipping Darius Vassell to be “a surprise package of the World Cup” as the Aston Villa striker gears up for his first major tournament. Vassell was a virtual unknown at the start of this season but is now challenging strongly for […] 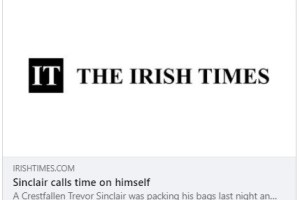 Sinclair calls time on himself

Subject Sports; Football Description A Crestfallen Trevor Sinclair was packing his bags last night and preparing to fly back to London after being told by Sven-Goran Eriksson that he had been left out of the final list of 23 players comprising England’s World Cup squad. Eriksson invited Sinclair […]

Will Tiger ever show the color of his stripes?

Subject News Description It was midnight when the plane landed in Thailand five years ago, and Tiger Woods might have preferred to slip away quietly to get some rest. But despite the late hour, his arrival was an event that commanded live television coverage and drew fans who […] 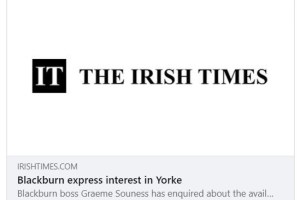 Subject News; Sports; Football Description Blackburn boss Graeme Souness has enquired about the availability of Manchester United striker Dwight Yorke. Souness has asked United boss Sir Alex Ferguson to put a price on the Trinidad and Tobago international but dismissed reports Yorke could be part of a swap […] 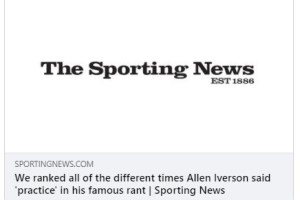 Subject Sports; Basketball Description Allen Iverson mentioned the word “practice” 22 times in a session with the media. The clip has been shared hundreds of times since then, remaining one of the most legendary news conference rants in sports history. You may have seen the video of Iverson […] 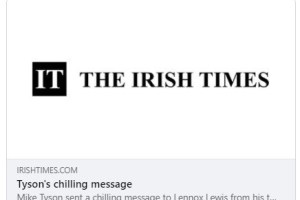 Subject Sports; Boxing Description Mike Tyson sent a chilling message to Lennox Lewis from his training camp in Hawaii yesterday as he prepares for their world heavyweight title fight on June 8th. “My main objective in the fight is to be a professional but to kill him.” The […] 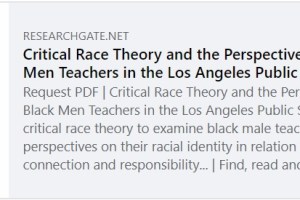