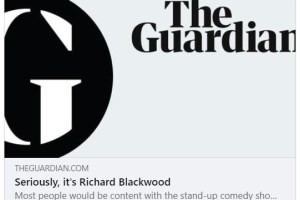 Subject Comic; Fictitious Character Description I ‘m standing on the crest of a hill, around 15 miles up the coast from Montego Bay. A hot and bothered video crew waits for British comedian Richard Blackwood, who is in Jamaica to film the video for his forthcoming single. ‘1,2,3,4 […] 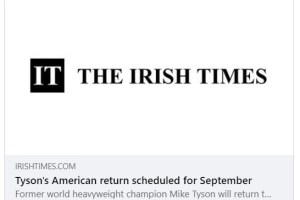 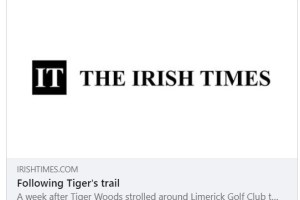 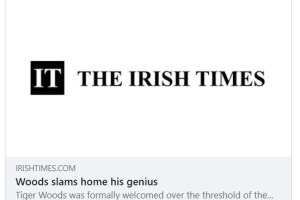 Subject Golf Description Tiger Woods was formally welcomed over the threshold of the Home of Golf yesterday after a breathtaking triumph in the 129th British Open here on the Old Course. With a final round of 69 for an aggregate of 269, the 24-year-old became the youngest winner […] 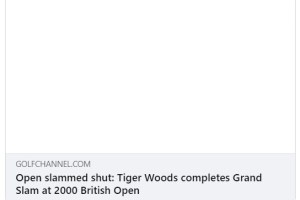 Subject Golf Description It’s hard to imagine that Tiger Woods could surpass the expectations which were placed upon his ever-broadening shoulders entering this week. Yet he did. Woods captured the career Grand Slam at the Home of Golf on Sunday. And he did so in typical-Tiger fashion. Creator […] 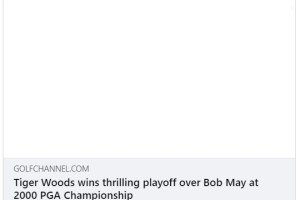 Subject Golf Description All summer long, he had been winning major championships with frightening ease. Fifteen strokes in the U.S. Open. Eight strokes in the British Open. He was no less spectacular Sunday in the PGA Championship, when he had to reach down and battle back against a […] 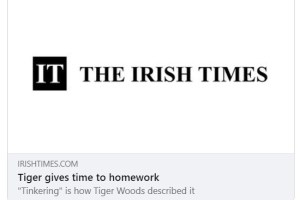 Subject Golf Description “Tinkering” is how Tiger Woods described it. He was referring to the visits he and his rivals have been making to the various equipment caravans here on the Old Course, so that implements will be suitably fine-tuned for one of the fastest-running championship venues of […] 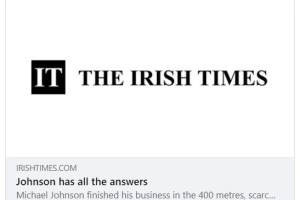 Johnson has all the answers

Subject athletics; College athletics Description Michael Johnson finished his business in the 400 metres, scarcely having broken sweat, and turned his attentions back to what has been the real show of the US Olympic trials, his sulphurous spat with Maurice Greene. Creator TOM HUMPHRIES Source https://www.irishtimes.com/sport/johnson-has-all-the-answers-1.293964?mode=sample&auth-failed=1&pw-origin=https%3A%2F%2Fwww.irishtimes.com%2Fsport%2Fjohnson-has-all-the-answers-1.293964 Publisher irishtimes.com […] 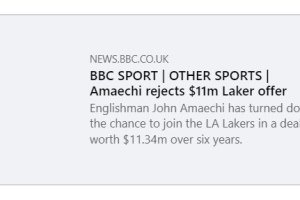 Subject Sports; Basketball Description John Amaechi in action for England at the European Championships. Englishman John Amaechi has turned down the chance to join the LA Lakers in a deal worth $11.34m over six years. Amaechi has decided to spurn the offer from the NBA champions to stay […] 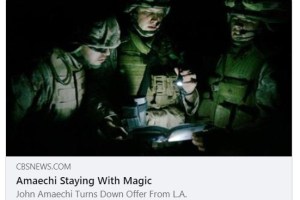 Subject Adventure Description John Amaechi is not the player Shaquille O’Neal is, but the Magic need him nonetheless especially after failing to lure Tim Duncan from San Antonio. Amaechi said Sunday he will re-sign with the Magic, turning down more money from the NBA champion Lakers. He called […]