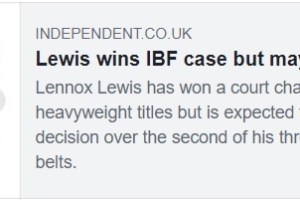 Subject Sports; Boxing Description Lennox Lewis has won a court challenge to one of his heavyweight titles but is expected to lose another decision over the second of his three championships belts. The WBA have sanctioned the Lewis-Grant contest, but King claims the decision is a violation of […]

The Views of Young Black Disabled People on Independent Living

Subject Black Lives Matter Movement; Black Men Ceremony Description This report looks at how they manage the ‘change’ to adulthood and what independence and independent living mean to them. Between ambition and achievement outlines the young people’s views of different issues that influenced their understanding and experiences of […] 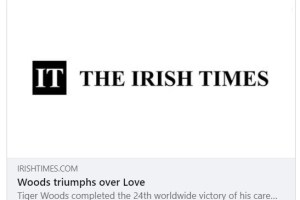 Subject Golf Description Tiger Woods completed the 24th worldwide victory of his career yesterday by shooting an effortless 70 to coast to a four-stroke win over Davis Love at the Bay Hill Invitational in Orlando, Florida. Woods finished at 18-under-par 270 for his seventh title in his last […] 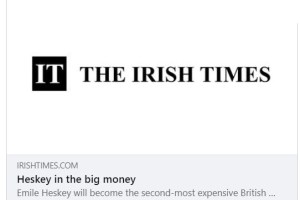 Heskey in the big money

Subject Sports; Football Description Emile Heskey will become the second-most expensive British player in history when he moves from Leicester to Liverpool for £11 million today. The clubs have agreed a fee for the England striker, who travelled with his advisors to Liverpool last night to complete the […]

Subject Film; Film Review Description Actor Delroy Lindo won rave reviews for his portrayal of an incestuous father in The Cider House Rules. Now, he’s starring in a new film that has him playing a gang leader in the soon-to-be-released Romeo Must Die. He spoke Monday to The […] 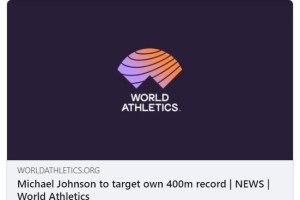 Subject Atlanta Description Michael Johnson targets own 400m Record. Bert Rosenthal (AP). 3 March 2000 – Atlanta, Georgia USA – As Michael Johnson crossed the finish line of the 200 meters at the 1996 Olympics, his golden shoes glistening in the darkness, he had run an astonishing 19.32 […]